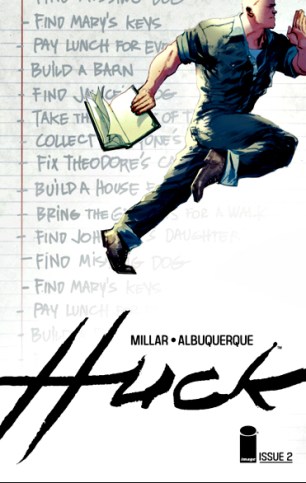 In this week’s edition of The Moment, I detail how in some ways Huck reminds me of Mark Millar’s 1998 Superman Adventures run.

Superman Adventures remains the high point so far 0f Millar’s work, serving return to that form dating as far back as 1998. Huck is an incredibly likeable character in the way he is characterized in these first two issues there’s an unseen optimism to him I don’t know if it will last but all I know is it’s really a refreshing change from a lot of comics currently on the market. The moment that hooked me was from issue 2 when he could have quit but he chose to presevere and help people as he always does.

Rafael Albuquerque on art is merely icing on the cake.